An Introduction to Penang An ED visa trip from Koh Samui to Penang shouldn’t be viewed with exasperation; Penang is an island rich with history, culture, diversity, and cuisine. Penang has long been a haven for traders of all kinds dating back to the first trade routes from the Middle East, India, and Asia. Penang was particularly influenced by the British since it was first colonized back in 1786 when the British East India Company came ashore to claim it, their influence today is seen in the continued prevalence of the English language and the imposing colonial administrative buildings dotted around the capital of Penang in Georgetown. Prior to British colonization and in the postwar era there have been multiple migrant waves of ethnic Indians and Chinese to Penang. These ethnic and cultural groups came to dominate certain types of trading goods such as spices and gems. Nowadays you can see the legacy of the Indian and Chinese diasporas in Penang through the use of Chinese in certain business circles and most prominently on shop signs. Whereas the Indian legacy is encountered in the Little India district where most locals are of Indian heritage, elaborate Hindu temples stand side by side with older mosques and Buddhist temples, not to mention the Indian food market in this area. Quite simply, Penang is rich in culture and worth exploring. With that in mind, here are some recommendations on where to stay and what to do.

As the Thai consulate is located in the capital of Penang, Georgetown, it makes sense to book accommodations in this area.  Just as Koh Samui is brimming with top quality accommodations, so is Georgetown. Not only that, Georgetown is rich in culture and cuisine for those looking to get out and explore their local surroundings.

Budget: If you’re staying on a budget there are a multitude of hostels to choose from in the downtown Georgetown area. A typical dorm bed in Georgetown should cost about 300 baht and private rooms at these hostels range from 600 baht and up. The Ryokan Muntri Boutique Hotel, Magpie Residence, and Tipsy Tiger Party Hostel are three of the most highly rated hostels in the downtown Georgetown area and only a 5 or 10 minute drive to the Thai consulate.

Mid-range: Again, you’re spoilt for choice in the Georgetown downtown area. Mid-range hotels start from 600 and go up to a couple thousand baht. That is not to say there aren’t cheaper hotels that are not hostels, you just have to do your own research to ensure the price you pay is worth it! Personally, on my ED visa run I stayed at a new boutique hotel called Ink Hotel which was situated not far from the embassy and within walking distance of food markets, McDonalds, shopping malls, cinemas, and bars. I paid 700 baht but it seems you can get a slighter better deal when you book online. For around 1000 baht a good choice seems to be the Red Rock Hotel which is located a mere 3km from the Thai consulate and has pool free of charge for guests. At slightly more luxurious and twice the price at around 2000 baht is the Berjaya Penang Hotel, which again has a pool to relax in, and is within 1km walking distance of the Thai consulate.

No Limit: If price really isn’t a concern then you will have no problem from choosing among the top hotels in Georgetown. These hotels range from 3000+ baht up to 9000+ and include the Hotel Penaga, Eastern Oriental Hotel, and the Eight Rooms – McAlister Mansion, all within a 10 minute taxi ride to the Thai consulate and all with a pool to while away the hours if you should choose to simply relax and soak up some sun from the comfort of your hotel.

What to Do in Penang

As an island rich with culture from the various ethnic groups that have traded, colonized, conquered, and de-colonized, there is lots to see and do.

Architecture: If you’re one to marvel at the record of the past left behind by the British, Chinese, Indian, and Islamic influences, look no further! The city is dotted with grand and imposing white colored British colonial architecture including City Hall, Fort Cornwallis, the Queen Victoria Diamond Jubilee Clocktower, and the Eastern Orient Hotel to name a few. Chinese and Islamic architectural legacies can be seen in the form of the many buildings, temples and mosques around Penang, most notably the Chinese Khoo Kongsi clan hall, the Blue Mansion, and the Kapitan Keling Mosque. 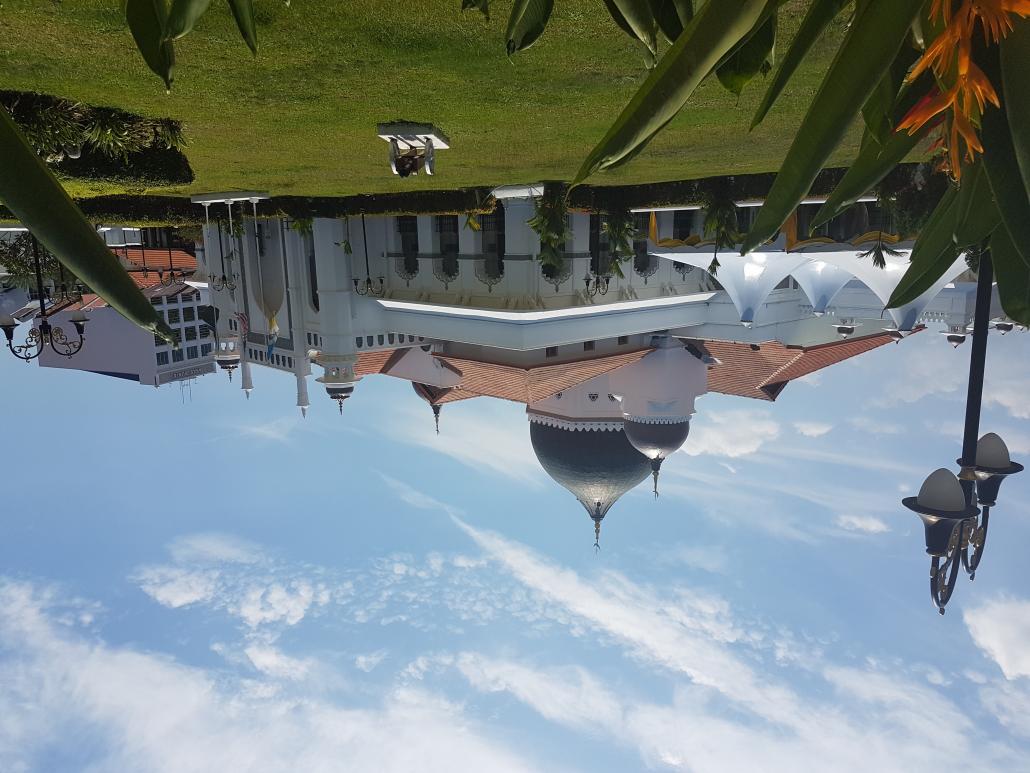 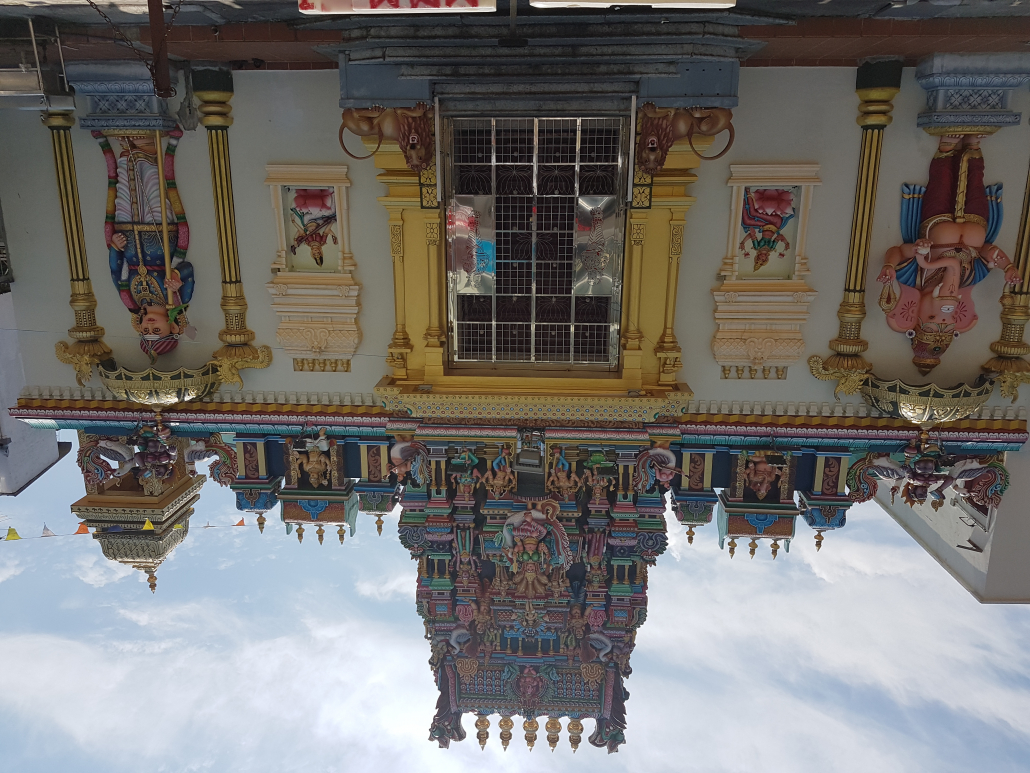 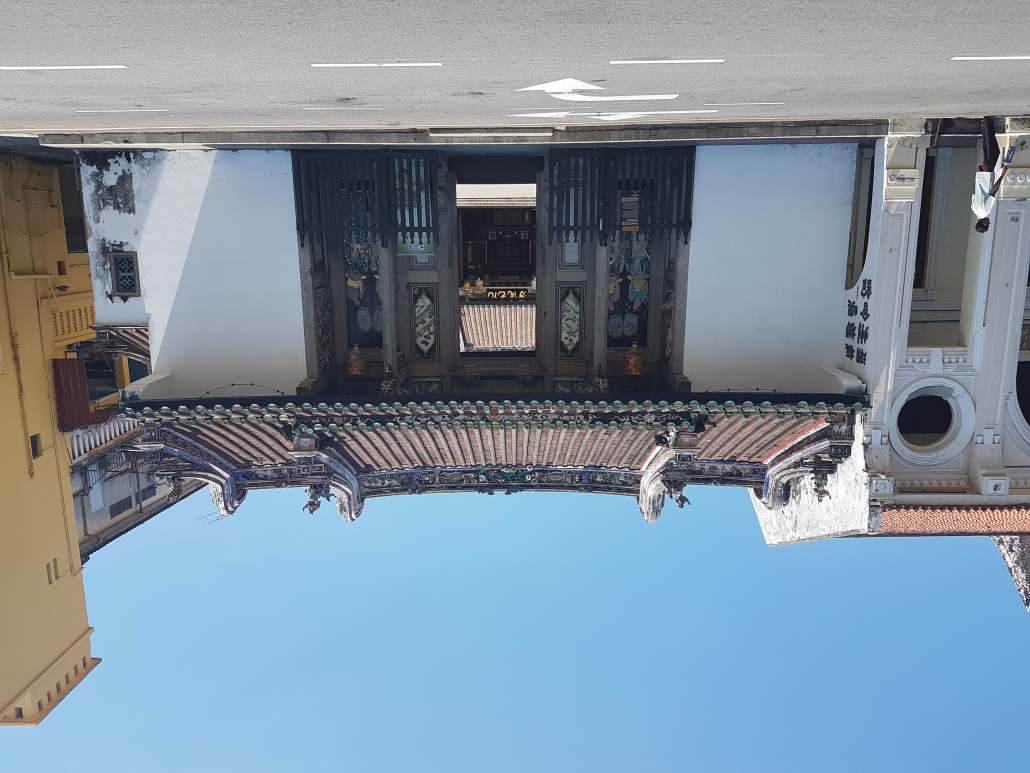 Eat: Penang is a foodie’s paradise with Indian and Chinese culinary influences being most prominent. For Indian food look no further than the area of Little India in the downtown heart of Georgetown. Delicious Indian dishes for a fraction of the cost back home! Similarly, Chinese food can be found in abundance in Chinatown, not far from Little India or Little Armenia. If you’re a fan of street food in Thailand and wondering what they have on offer in Penang, head to the Sunway Hotel. Just out front on the right side of the hotel every night is a gathering of food stalls selling delicious food at bargain prices. Failing that, Western fast food places such as McDonalds, Burger King, and Dominos are common and at the several large shopping mall food courts you’ll be spoilt for choice. Premium dining options can be found online, at the malls, or in the luxury hotels. Drink: Downtown Georgetown has more than its fair share of bars for all tastes. Most of the reputable establishments can be found either on the coast or near it. These include Hong Kong Bar, Georgetown Wines, and Beach Blanket Babylon. If you go to Times Square at the base of the mall you will see a big bar called Beer Factory complete with a large outdoor patio, they typically have specials when you order more than one beer and have a wide selection of local, international, and craft beers. Shopping: Again, you’re spoiled for choice. Just as there are in much of the rest of Southeast Asia, Penang has more than its fair share of markets. Some of the most prominent night markets in Georgetown are the Macallum Street Night Market, Cecil Street Market, and the Little Penang Street Market. At these markets you should expect to see similar trinkets as you would in Thailand but with a local twist. If you wish for a more familiar shopping experience, check out the Penang Times Square or Prangin malls, they’re within walking distance from each other and contain a multitude of top designer boutiques, restaurants, cafes, bars, cinemas, and much more. Excursions: If you can arrive in Penang on a Thursday, a great option would be to drop your paperwork off at the embassy early Friday morning and then hop on a ferry to Langkawai; Malaysia’s premier tropical island destination. That way you can have a half day there on Friday and stay even until Monday morning, getting to the Thai consulate in the afternoon. You could even substitute a ferry for a bus and head to Kuala Lumpur for the weekend. For those that would like a beach day without the hassle of ferries, look no further than Batu Ferringhi, the widely considered the best beach on Penang. You can reach easily reach Batu Ferringhi via public transportation. If you’re adventurous there are half day treks through Penang National Park or snorkeling trips to Pulau Payar Marine Park. Half or full day trips out to small local islands can also be arranged. Traveling with kids? How about Escape Adventureplay! It is described as a huge outdoor playground in a natural environment with a variety of attractions for all ages. More interested in learning about Penang and its vibrant history and culture? Try the Kek Lok Si temple or the Penang Colonial Museum. Whatever your interests are, Penang will surely have something for you.