Effective from the 29th of August this year, the Thailand authorities once again implemented a new set of rules for visa extensions, outlining who can, and more importantly, cannot, extend their visa in the Kingdom of Thailand. They are as follows;

While these extension rules have been made clear and officially are the only set of rules in place, it still begs the question of how long they will be imposed for before another set of rules is rolled out.

While these rules are clear and un-doubtably fair, it still won’t guarantee entry to someone following them to the letter, as different visa departments and different border crossings are interpreting the new rules as they see fit, while trying to refuse entry to enough tourists to make it look like they’re doing their job.

At the moment all we can do is hold our breath as we go for those dreaded visa extensions, a deadly game a Russian roulette follows, with the denial stamp being held at your head, and you’re only thought is a small prayer hoping it hasn’t been inked to stamp. And maybe this time, you’ll get away, miss the shot, but next time it’s a whole new game. European framework and levels of classes 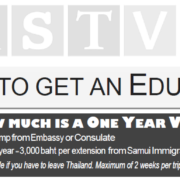 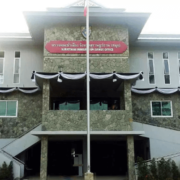 Thailand travel restriction as of May 5, 2022

Want to join the discussion?
Feel free to contribute!